Getting to know Dr. Zaher Nuwayhid

Dr. Zaher Nuwayhid is a general surgeon who also specializes in bariatrics or weight loss surgery, but he did not take the usual route to get there. Dr. Nuwayhid did not start off his medical career as a doctor. He started as a nurse. His interest in medicine came from one major event in his life. His father had a heart attack at the age of 50. Dr. Nuwayhid saw his father survive his heart attack because of the medical treatment he received and decided then to go into the medical field.

Born and raised in Lebanon, Dr. Nuwayhid’s parents always stressed the importance of education to him and his two brothers. He went to college in Lebanon and nursing school and worked several years as a critical care nurse. He says that experience has had a positive impact on his career. “You see the medical field from both sides, from the nursing side and the physician’s side. I think that makes you a better doctor.”

In 1995, Dr. Nuwayhid came to the United States for medical school. He says he was very good in anatomy class with dissection. He even tutored his classmates. Because he was good with working with his hands, he went into surgery. He had not thought about specializing in weight loss surgery, but when he finished his training, his wife was pregnant and they didn’t want to leave Miami. He found a practice there where a weight loss surgeon was looking for a partner. He says he didn’t choose bariatrics, it chose him. “It’s very rewarding when you see patients and you help them lose weight,” he explained. “And they come to the office and they are so happy that they can cross their legs. Something as simple as crossing their legs is a big deal for them.”

Dr. Nuwayhid, his wife, and two sons and daughter, ages 12, 9, and 4, moved to the Conway area about a year and a half ago. He says he enjoys the simple family life. “Everything we do is around the kids,” he said. His children are in a lot of sports, soccer, flag football, and basketball. As a family, they go bowling, to the movies, and out to dinner. He has recently started playing golf, which he had never played before. He laughed and said he’s not very good, but he’s trying to get the hang of it. His 12-year-old shares that with him and started to play it with him.

When asked about his advice for patients, he stressed that staying mobile is key as we age. The more active a person is, within his or her limits, the healthier the body will be. He also wants people to know that it is never too late to start losing weight. Obesity is a chronic disease and is seen in older people too. If you are obese or overweight, you can lose the weight and live a longer and healthier life. For some, weight loss surgery is the way to get there.

You can contact Dr. Nuwayhid through his office, CPG Bariatric and General Surgery, 843-347-3900. 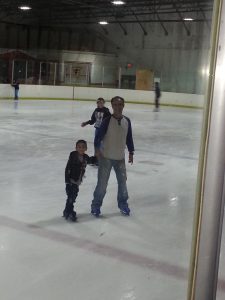 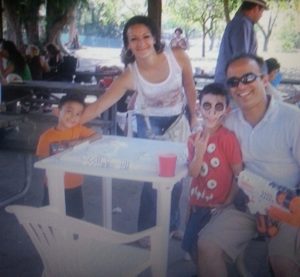