Getting to know Dr. Srinivas Vuppala

Dr. Srinivas Vuppala grew up in Ohio and saw his pediatrician father take care of others, which gave him insight into being what a physician is all about. He says when they were out in public, his father’s young patients would run up to his father and give him a big hug. He says in the 31 years he practiced, his father was always there to support and advocate for his patients. “Seeing him do that influenced me a lot and showed me how you can really have a big influence on people’s lives being a physician,” said Dr. Vuppala. His father took many trips back to the family’s native India on medical mission trips. That’s something Dr. Vuppala has now done as well. He says it’s had a huge impact on his life. In the week he was there serving in areas with indigent patients who have little access to healthcare, the team saw between eight and ten-thousand patients. They lined up by the thousands and waited for hours to be seen. He recalled one man who lived eleven miles away, and he and his family walked five hours in the overnight hours just to see a doctor. It had been years since he’d had any medical care. Once he’d gotten treatment, they walked the five hours back home.

As a hospitalist, Dr. Vuppala is an extension of his patients’ primary care physicians, which means he sees all types of illnesses and injuries while patients are in the hospital. He also takes the responsibility of explaining their treatment to their families very seriously. “When people are doing okay and life is great and all of a sudden they get really sick, it doesn’t just affect them, it affects a lot of people around them. So to be able to be in a field where we can help them cope with that and get them back to the lives they had before, I think that’s priceless,” he explained.

He and his wife and their 10-year-old daughter love to spend time outdoors and at sporting events. They also love to travel. His wife, who is also a physician in palliative care, has taken several mission trips to Honduras. Now, they would like to plan more mission trips together and take their daughter along, especially to India. Dr. Vuppala says it is important to give her some insight on how the rest of the world lives. He says there is so much we take for granted when it comes to food, shelter, and healthcare. “One of the greatest things about being in healthcare, not just being a doctor, but being in healthcare is that you can take what we’ve learned here and you can apply it elsewhere around the world, where there really is not a lot of healthcare,” he said, and he looks forward to doing just that. 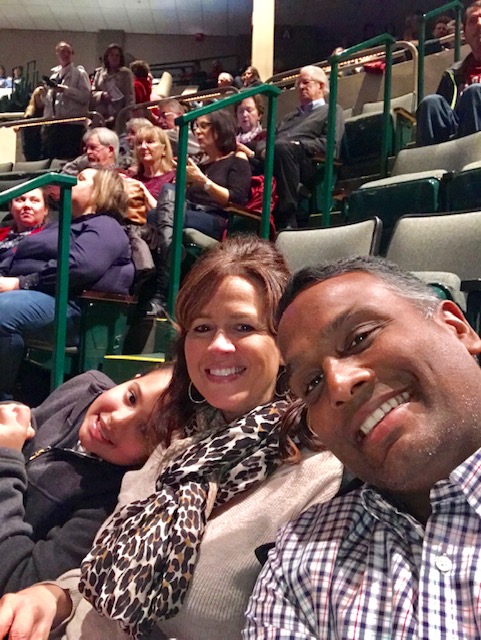 Dr. Vuppala with his wife and daughter 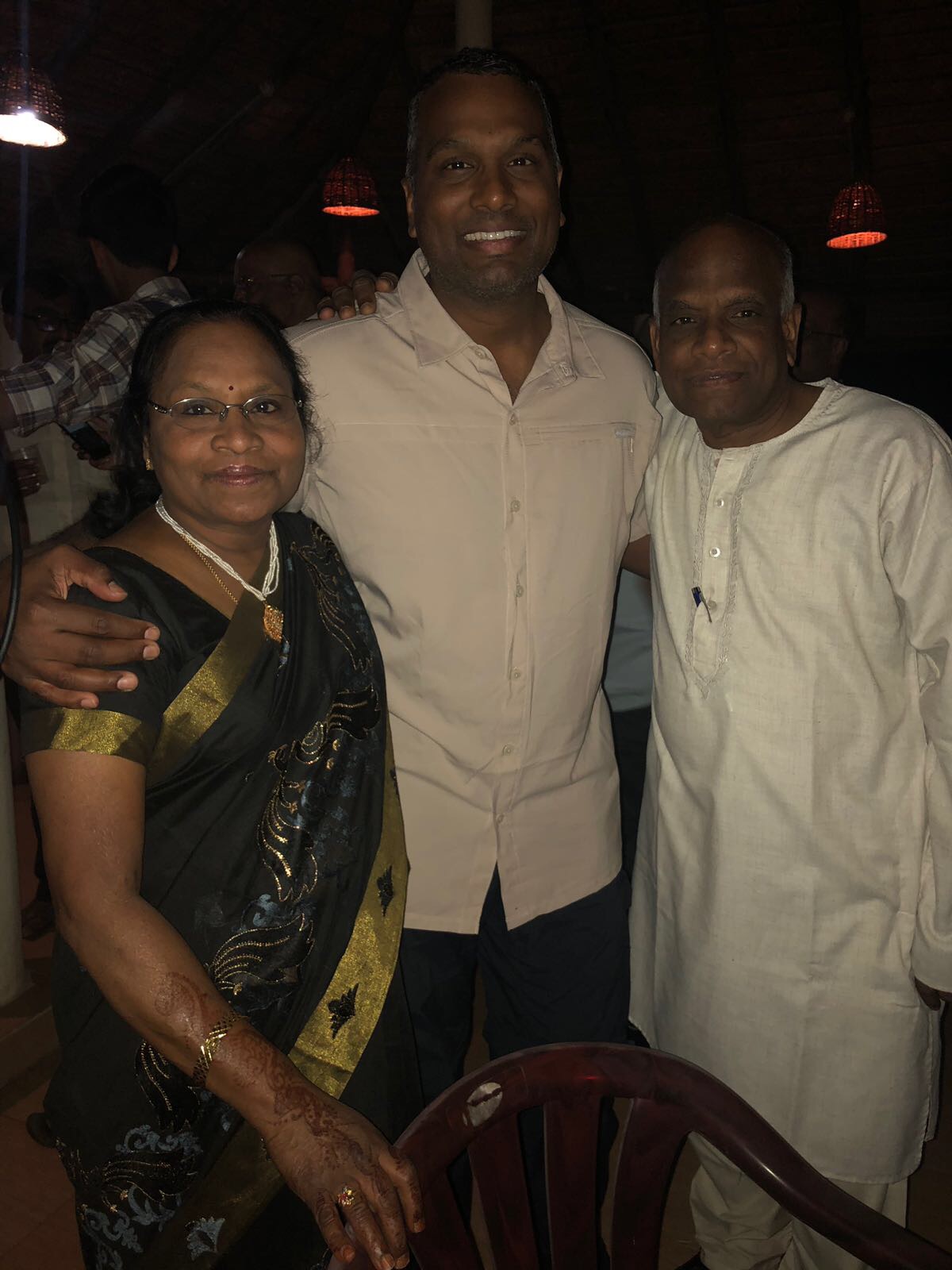 Dr. Vuppala with his parents 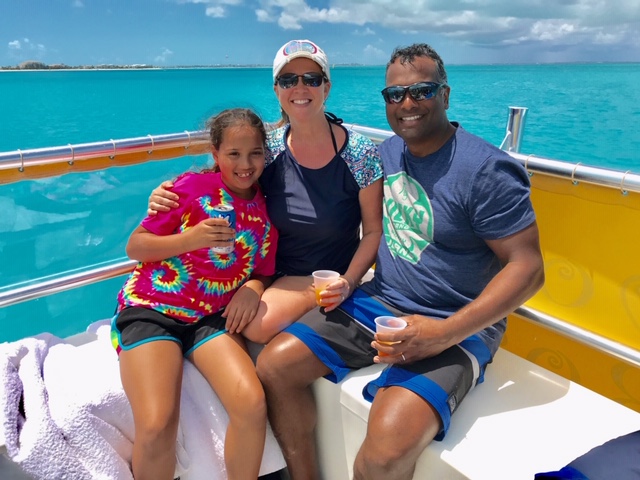 Dr. Vuppala enjoying a recent Carribean trip with his wife and daughter 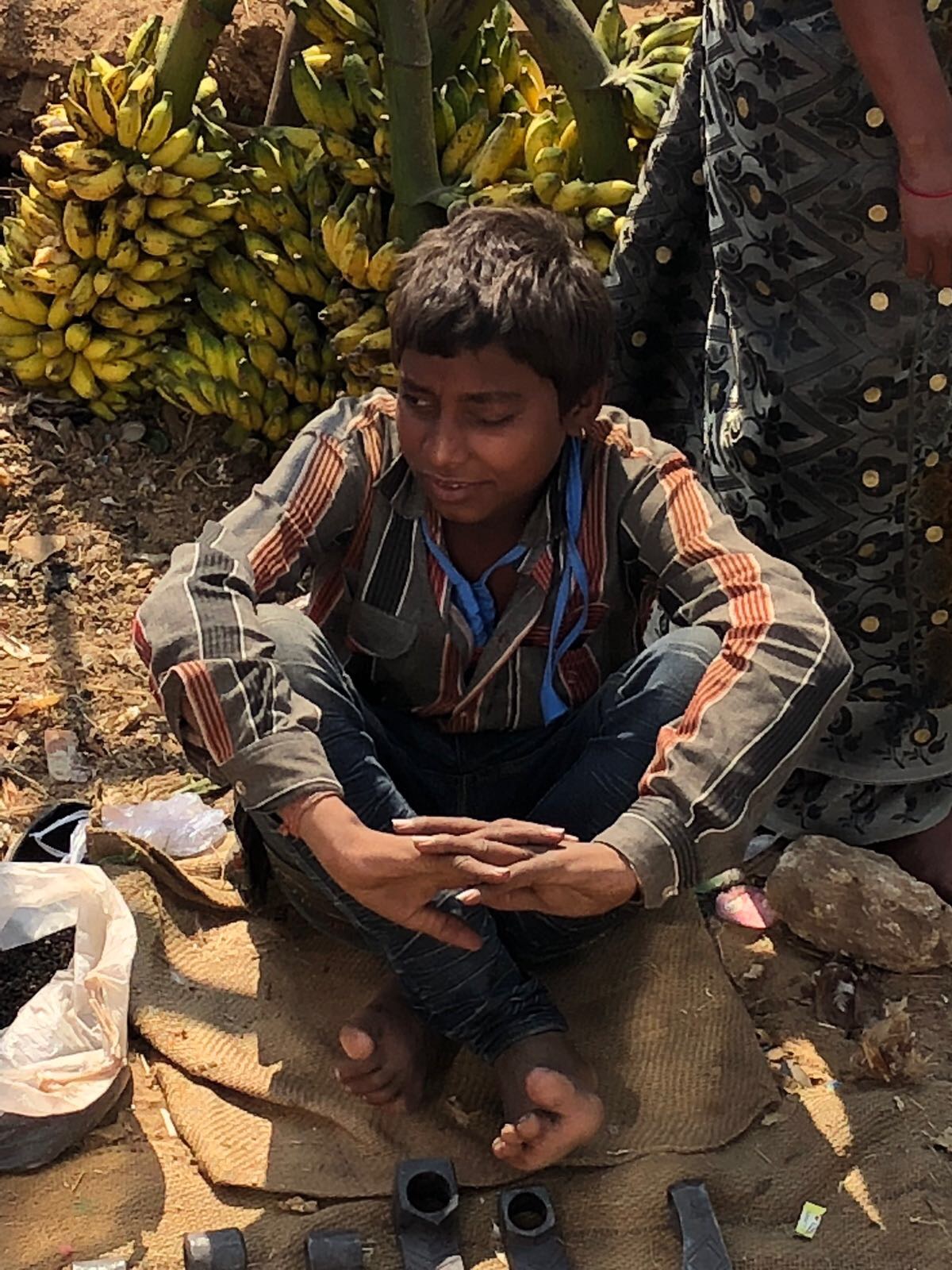